Top 5 Things to do in New York City 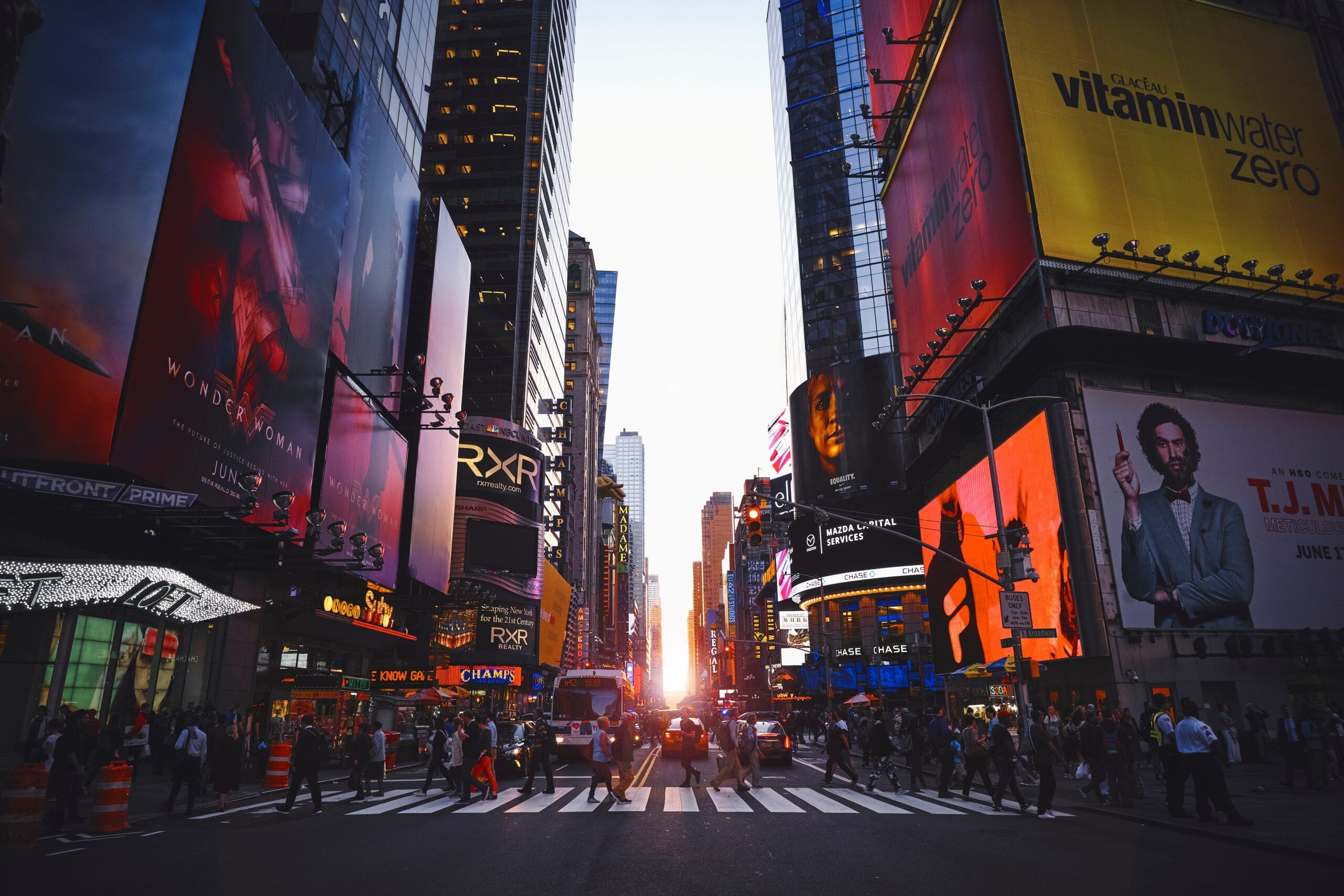 I’ve been to New York 4 times now. All of those trips were for business, except one, where I missed a connecting flight and ended up stranded there for 24 hours. (You can read that post here)

Each one of those experiences ended up being a complete blast, but on every one of them, I was left with limited time to spend exploring the city. If you haven’t noticed yet, I ALWAYS experience as much as I can when I go somewhere new. If there’s one thing I know, it’s that…

You can still experience Any NEW place, even with limited time to do it

So without further ado, I present to you, my top 5 things to do in New York City with limited time, starting with one of my top favorites.

If you go to New York and only do one thing, this should be it. It’s worth every single penny.

We saw Wicked, and let me tell you – it was wicked awesome. The performing talent is insane.

Did you know that all of the music you hear on Broadway is actually live music being played by an entire orchestra that sits under the stage?

You absolutely need to experience a Broadway performance yourself at least once in your lifetime.

You can purchase Broadway tickets here.

As the title suggests, it is a memorial AND museum. They are separate.

When I went, the museum was already closed for the day, so I didn’t get to see that part in person. Depending on the day, they take their last entry at either 6 or 7 P.M. We missed the last entry by 15 minutes.

That being said, the 9/11 Memorial a must-see if you’re in New York City. It is both heartbreaking and beautiful to witness. One of the most impactful things I’ve ever seen in my life. It really puts things in perspective when you visually see how many lives have been lost.

There are 2 beautiful pool waterfalls located on the property. The north pool holds names of the fallen from the World Trade Center North, Flight 11, and those that lost their lives on February 26th, 1993, when a terrorist attack truck bomb detonated below the North Tower of the World Trade Center.

The south pool holds names of those that lost their lives from the World Trade Center South, First Responders, Flight 175, Pentagon, Flight 77, and Flight 93.

Right next to the World Trade Center Station and the 9/11 Memorial/Museum, sits this state-of-the-art World Trade Center Transportation Hub. This hub serves 250,000 Port Authority Trans-Hudson (PATH) daily commuters and millions of annual visitors from around the world.

At approximately 800,000 square feet, the Hub is the third-largest transportation center in New York City. With its breathtaking architecture, it’s a beautiful place to see in person!

This one is probably the most obvious and most visited New York attraction, but for good reason.

Full disclosure: I have forever believed it was called “Time Square” until a recent rabbit-hole search on Google proved me wrong. Turns out it is actually TIMES Square. (Named after the New York Times) I just got schooled.

Times Square is obviously known for its New Year celebrations, but no matter what time of year you visit, there is a never-ending amount of things to do.

Bonus: the people-watching possibilities are EPIC.

FYI, the gigantic teddy bear with the boy photo-bombing me was taken at a store named Line Friends.

Great photo opportunities, if you have no shame being a tourist, like me.

On one of my trips, we actually stayed at The New York Marriott Marquis, which overlooks Times Square. Awesome views and even bigger bonus: you can people-watch all night long in your underwear. You’re welcome.

You can check out The Marriott rooms and amazing views here.

This is probably another obvious visit, but alas, it’s on the list.

Central Park is the largest and most important public park in Manhattan. It’s HUGE. 840 acres to be exact.

I can assure you that my version of this Central Park visit is unlike any other you have heard of. On this particular trip to New York, we missed our connecting flight to Bermuda and got grounded in NY unexpectedly, for only one night. That meant literally NIGHT.

Do I recommend going to Central Park at night in the pitch dark?

In case you missed my Bermuda Post, I’ll just re-cap the best part.

Unfortunately, it doesn’t include the dirty needles everywhere or the strangers laying on the ground mumbling to themselves. That part was just a bonus.

I’m The Rambling Raccoon, so the answer is yes.

There are “wild” raccoons in Central Park. They only come out at night. They are clearly familiar with people. They weren’t scared in the slightest, and neither was I.

With my love of rabid animals, I was ecstatic.

Unfortunately, Daimen never lets me take any wild animals home with me. Such a shame.

I’m also fully aware of how blurry the above images are. It was a dark, sketchy area and I was shaking with excitement.

LIVE IN THE MOMENT YA’LL.

And let me add one bonus more suggestion to the list: The ‘New Yorker’ Cheesecake.

Ahhhhhh (light shines down from the heavens and the doves fly)

This 2,500 calorie Instagram-bait beauty can be found exclusively at Junior’s.

Fun traveling fact: anything you eat away from home has zero calories. Remember that when you hate yourself afterward.

Have you done any brief trips to New York? What were some of your favorite things you did?